Feminist collections are truly not letting me down this month. With The Little Book of Feminist Saints by Julia Pierpont and now this empowering book, I’m pretty much settled for the year. Speaking of which, I began 2017 with Nasty Women by 404 Ink, and with the end in sight, I finished it with another Nasty Women.

But whereas 404 Ink’s Nasty Women is a call-to-action for feminists to share their experiences and accounts on what it is to be a woman in the 21st century, Samhita Mukhopadhyay’s collection features discussions on feminism in Trump’s America, as the title conveys.

When 53 percent of white women voted for Donald Trump and 94 percent of black women voted for Hillary Clinton, how can women unite in Trump’s America? Nasty Women includes inspiring essays from a diverse group of talented women writers who seek to provide a broad look at how we got here and what we need to do to move forward.

“In the chapters ahead we have curated some of the strongest voices writing at the intersection of feminism, identity, and personal experience with their own identity to meditate on what we lost that fateful night in November 2016 and what lessons we can take from it. ”

Replacing, “Why is this happening to me?” with “What is this trying to tell me?” has been a game changer for me.

With over twenty essays in this collection, some were inevitably going to make the same arguments and present the same cases from the election (“telling the same story with different adjectives”). So I took more in from the personal essays that introduced the discussed topic by giving us that irreplaceable connection with an individual’s experience, rather than the pieces that focused solely on conveying information about X and Y.

My favorite essay by far, though, was one that came circling repeatedly into my mind over the course of the book: “As Long As It’s Healthy” by Sarah Michael Hollenbeck. It even started out with a bang for me:

“Nearly every thirtysomething woman I knew had a number in her head—a number she’d had since childhood—of how many kids she wanted and when—two, three, four for me! I couldn’t help thinking, Shouldn’t you wait and see how the first one goes? Even the first time I scheduled a bikini wax I only scheduled one. I wanted to monitor the repercussions before I made any long-term commitments, and I’d like to think that living children are more high-stakes than ingrown pubic hairs.”

Now that’s a guaranteed way to get my attention.

But on a more serious note, I cherish essays that discuss how giving birth is not the only way to have children. And also that having kids is not a must.

“Instead of making a new human, I feel a responsibility to be a better caretaker for the humans who are already here.”

But what made this piece in particular stay with me is the fact that the author talked about being diagnosed with Moebius syndrome.

“My experience of being a disabled woman is discovering in small, sharp explosions what I look like through the feedback of strangers.”
…
“When I was growing up, our family never talked about Annie’s face or my own, and in the few times that I broached the topic with friends, I was told “No one notices” or “It doesn’t matter.”
In my experience of disability, the people closest to me have always expressed their love by telling me that they, almost magically, cannot see it—that this thing that has both directly and indirectly shaped so much of my life doesn’t matter. Instead, it has been the callous strangers and the bullies who have been the ones to say, I notice. It matters.”

I’m going be thinking about this exceptional piece of writing for months to come.

Another essay that caught my attention with its opening paragraph was Kera Bolonik’s “Is There Ever a Right Time to Talk to Your Children About Fascism?” It goes as following:

“There’s a sort of joke I used to tell my friends—a joke that’s not such an exaggeration—to succinctly describe my mother, about how she taught my younger sister and me European geography by recounting the way each country persecuted the Jews during World War II. (Austria? Birthplace of Hitler. Germany? The home of the Nazi Party, and the country he led—anti-Semitism central. Poland? Place of the extermination camps that helped to annihilate most of the Jewish population. And on.)”

Her mother gets me to my core.

There’s more where that came from with the many outstanding feminist essays in Nasty Women. And I feel alive with power because of them.

Note: I’m an Amazon Affiliate. If you’re interested in buying Nasty Women, just click on the image below to go through my link. I’ll make a small commission!

200 Women was the ultimate badass way to kick-off my reading of Nonfiction November.

Gloria Steinem once said, ‘You can’t empower women without listening to their stories.’ We agree.

Interviews with 200 women from a variety of backgrounds provide a snapshot of female life around the globe. Interviewees include:

Each woman shares her unique reply to the same five questions: What really matters to you?, What brings you happiness?, What do you regard as the lowest depth of misery?, What would you change if you could?, and Which single word do you most identify with?

With responses ranging from uplifting to heartbreaking, these women offer gifts of empowerment and strength-inviting us to bring positive change at a time when so many are fighting for basic freedom and equality.

I’ve been craving for a new feminist collection to release out into the world, ever since i finished Good Night Stories for Rebel Girls. Upon seeing the above clip, I went into this expecting the perfect companion and follow-up to Grace Bonney’s In the Company of Women. Though we have the same style of clean-cut portraits, 200 Women narrows down to having the same five-question structure apply to everyone, rather than a fitted question to each interviewee.

At first I was really welcoming of the unwavering question format presented, thinking how I didn’t want the book to feel like a Wikipedia-esque entry of each woman. But I grew tired overtime and wished they wouldn’t have stuck to it with every single interviewee. Unsurprisingly, having 200 women answer the same five questions, page after page, meant answers were repeated till the words lost all meaning to the reader. So I do wish they would’ve mixed it up a bit overtime to keep us on our toes.

But that’s my only minor inconvenience with the work; otherwise, reading this collection was a welcome reminder that all hope isn’t lost in today’s world with all the injustices that are engulfing us. It’s truly rewarding to know that there are these utterly incredible women out there in the world, fighting for what’s right and deserving. The bright light at the end of a hauntingly dark tunnel.

From talks of being a conscious consumer to the effect tiny gestures of kindness can have, the women in this diverse collection were able to shine a light on much-needed conversation starters. Also, getting introduced and familiarized with unknown and well-known faces, who all had something enlightening to add to the table on empowering girls and women, was as exciting as always.

Some of my personal highlights from the collection include: 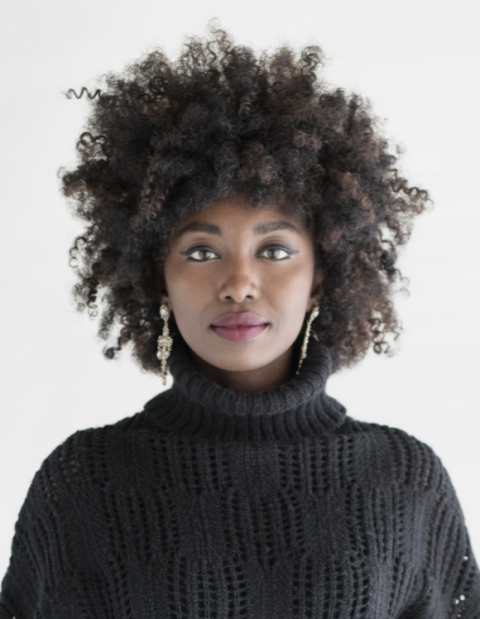 “… because I want to give more in life than I’ve taken.” 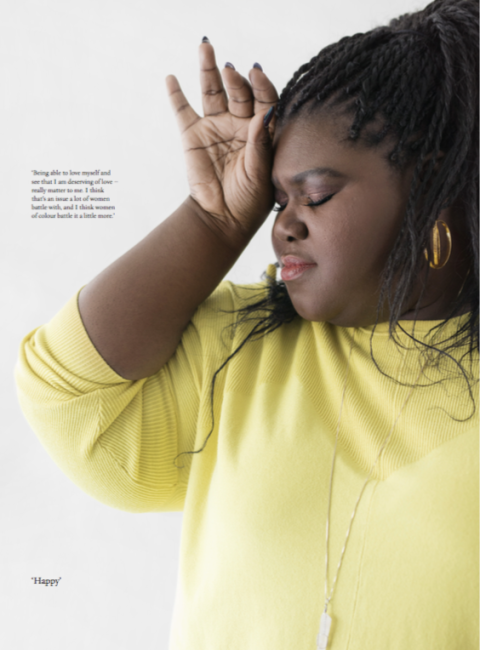 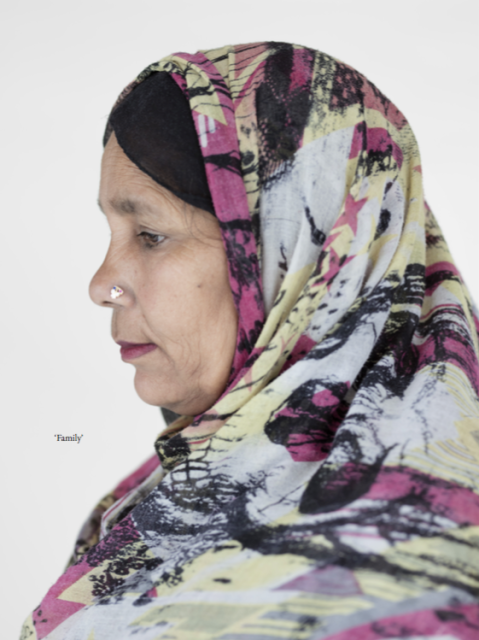 I can’t stop thinking about Khatun’s life story and her children’s support system.

Her take on the question What brings you happiness? and answering with faith, spirituality and religion was fascinating:

I wonder if we sometimes conflate happiness with hedonism. Is doing something that makes you happy in a single moment – for the pure pleasure of it – actual happiness, or is it filling a hole that we don’t even realise we have?

Note: I’m an Amazon Affiliate. If you’re interested in buying 200 Women, just click on the image below to go through my link. I’ll make a small commission!

I truly couldn’t have been more happier when I gracefully received my physical ARC of Why I March. In fact, I was so over the moon that my mom took notice and became curious when I showed her the beautiful book:

(I even painted my nails to match that gorgeous cover.)

We ended up browsing this powerful accumulation of photographs together, which made it that more precious for me. I’ll just never get tired of reading powerful collections about feminism and supporting immensely important causes (see: Why We March & Nasty Women).

On January 21, 2017, five million people in 82 countries and on all seven continents stood up with one voice. The Women’s March began with one cause, women’s rights, but quickly became a movement around the many issues that were hotly debated during the 2016 U.S. presidential race–immigration, health care, environmental protections, LGBTQ rights, racial justice, freedom of religion, and workers’ rights, among others.

Featuring images of people in snow gear in Antarctica; women holding “Love Trumps Hate” signs in Durban, South Africa; and little girls in the street of New York City; Why I March is organised by continent and showcases the recurring themes of inclusion and intersectionality that the March so embedded.

So without further ado, here are some of my favorite pieces: 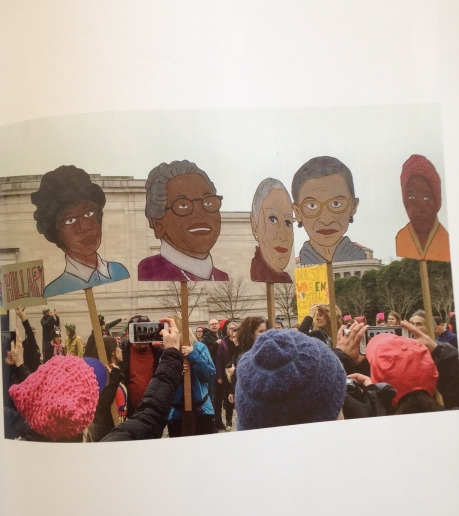 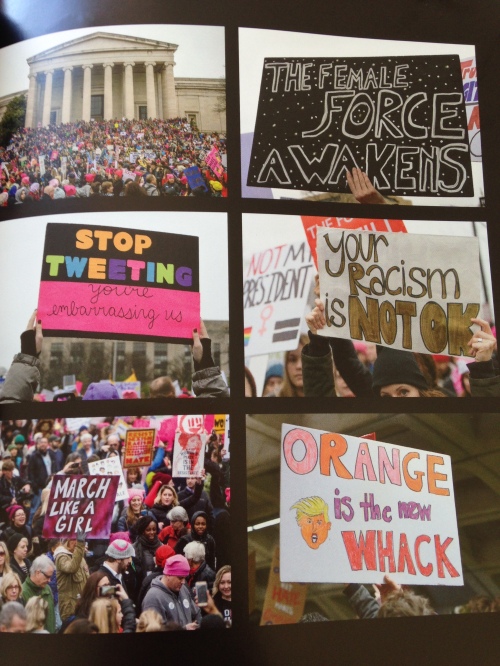 I think it goes without saying that I’ll cherish this book for a long time to come. And also, let’s be real, show it to anyone who’s in my near proximity. My love runs so deep that I wasn’t even mad when I received a painful paper cut from flipping a certain page wrongly…

Note: I’m an Amazon Affiliate. If you’re interested in buying Why I March, just click on the image below to go through my link. I’ll make a small commission!