“You are made of dreams and this world is not for you.”

Right when I thought my Ronan Lynch obsession had reached its peak, Call Down The Hawk comes out.

Please tell me how it’s been three full years since The Raven King came out and concluded one of the best series out there? It’s unreal. Time is just an illusion.

I still remember cracking open the first book, The Raven Boys, waiting to see if I’ll be impressed. I was completely hooked on the first line. And I sped through the series in a few days’ time. I lived with these characters for months after. I heard their lines echoed in my thoughts.

This new release couldn’t have made me happier. Having my favorite character grow alongside me is a perk granted to few. I don’t take it lightly. Having new iconic Ronan Lynch lines is a perk I don’t take for granted, as well. Having stories about his childhood? In love. Seeing his perspective on ground-breaking scenes in The Raven Cycle? Love. Seeing Declan Lynch break out of his mold? Give me more. G I V E   M E   M O R E.

Like my reviews for The Raven Cycle, I have to mention my favorite gems in here. Future me, this is all you need to know before you start on book 2 in this new trilogy:

It’s truly heartbreaking to see a gang as tightknit as the gangsey all on their separate paths. From having late-night conversations in the bathroom/kitchen in The Raven Cycle to barely having once a week text contact was breaking me. This is the part of growing up that no one warns you about. So it’s no secret then that I didn’t take for Adam’s new friend group, and I was beyond glad that we didn’t have to spend more than one scene with them. They just don’t get it like the gangsey does.

“Thank God,” Declan said, retrieving his car keys.
“You can if you like,” Matthew said. “But I dressed myself.”
He shot a look at Ronan to make sure his joke had been funny.”

This is such a younger sibling thing to do that I can’t help but smile.

“Ronan didn’t know who he would be without them.”

“Because the safest shape was being both unknown and unchanging”

The Lynch brothers make me feel alive. They understand my deepest fears and most intimate thoughts. Whenever I have the chance to read their words I know I’ll feel a little less alone.

Again, it’s a Declan quote that tells it like it is:

“Declan hated that he loved someone who wasn’t real.”

The first few seconds of the music playing without any words really has it all.

What else is there to say but that I need the second book now more than ever. Anticipating this release was less gruesome because I had no idea what was awaiting me. Now I know and I want my daily dose of Ronan Lynch.

Check the dreamer out for yourself with my Amazon Affiliate link:

“I didn’t have time for the safe side. Who has?”

An immersive first chapter made even more impressive by the fact that the author translated his own work.* However, flipping to the next chapter to find that this was a dual point perspective book on a POV I didn’t care for was disappointing.

“He wonders when their conversations had begun to sound like a novel in translation.”

Still, try out the first chapter just to see for yourself what it holds: 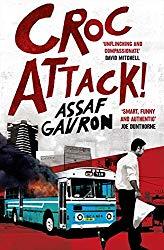