It was hard not to take immediate notice of the utterly beautiful cover of this book. When I then proceeded to check out Manuele Fior’s art style, I was completely blown away by his exuberantly-illustrated pages, his eye for color, and his passion quite visibly oozes from the book. 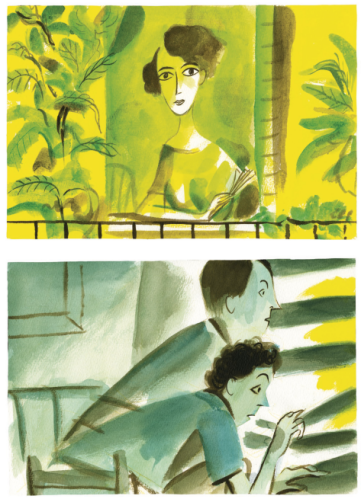 5,000 Kilometers Per Second tells–or almost tells–the love story between Piero and Lucia, which begins with a casual glance exchanged by teenagers across the street through a window and ends with a last, desperate hook-up between two older, sadder one-time lovers. Executed in stunning watercolors and broken down into five chapters (set in Italy, Norway, Egypt, and Italy again), 5,000 Kilometers Per Second manages to refer to Piero and Lucia’s actual love story only obliquely, focusing instead on its first stirrings and then episodes in their life during which they are separated–a narrative twist that makes it even more poignant and heart-wrenching.

What originally caught my interest from the blurb was the fact that this collection explored the settings of Italy, Norway, and Egypt. I was beyond curious to see these places captured on page, especially with Fior’s talent for the hypnotic and ethereal. The artistry in here is simply phenomenal. I came to anticipate each bold brushstroke and surprising detail with every passing page.

What came to mind in particular when I saw the the color scheme was Lilli Carré’s Heads or Tails, which I’d recently read and loved. So similar to that collection, 5,000 Kilometers Per Second did not disappoint in the art department. The riotous color palette and watercolors were just out of this world stunning. I mean, so beautiful that words cannot even begin to encompass a tenth of it. In particular, it was the attention paid to the tiniest detail that really added depth to the overarching theme. 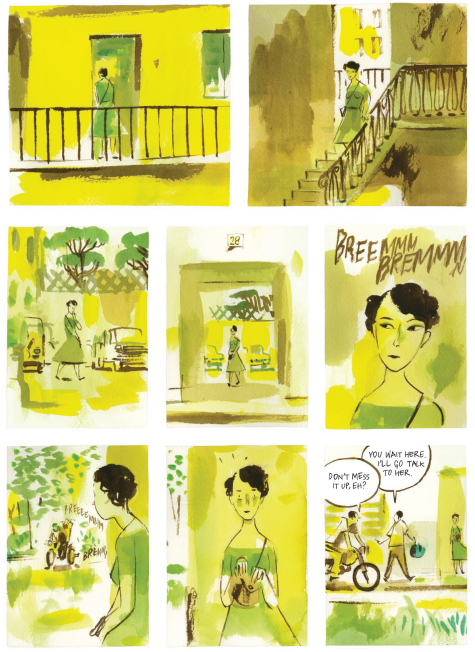 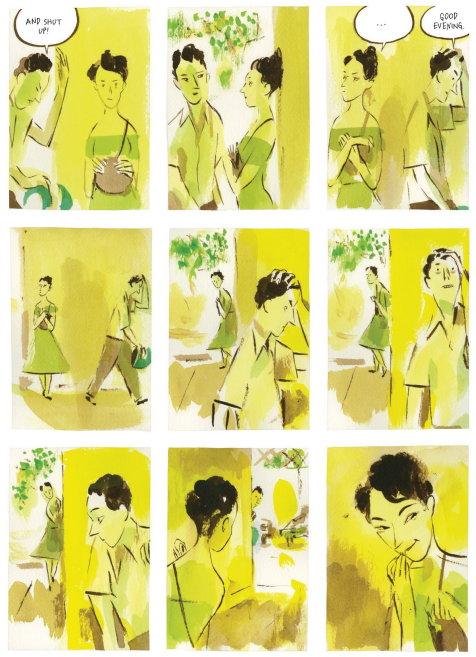 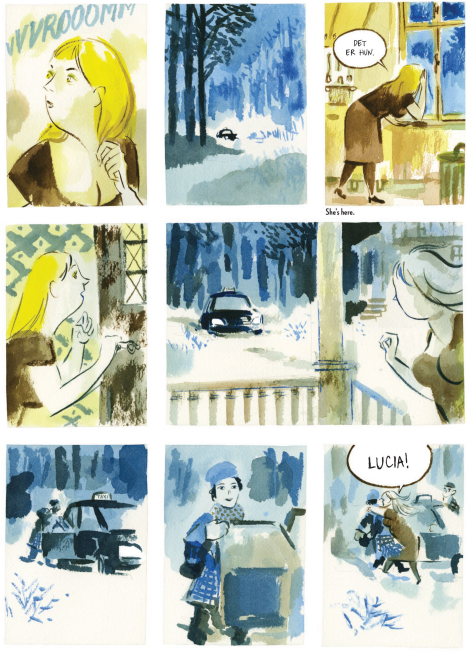 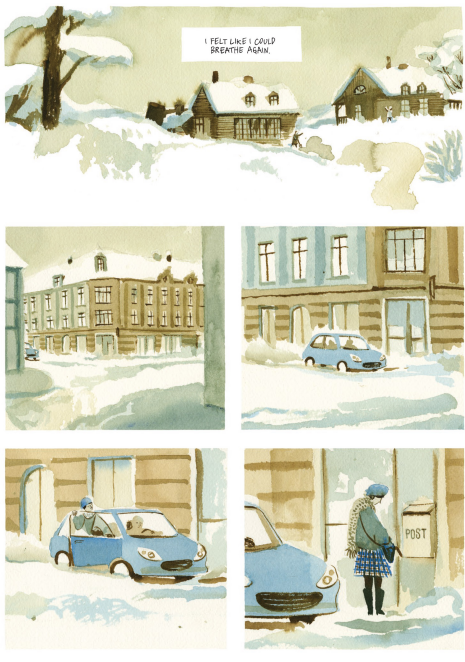 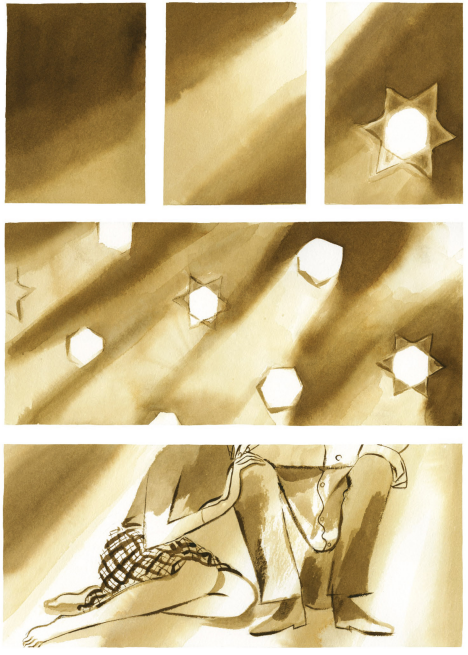 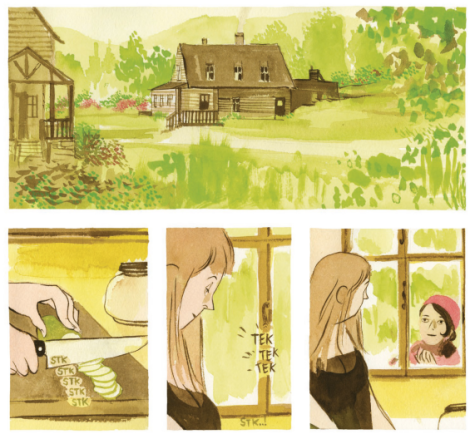 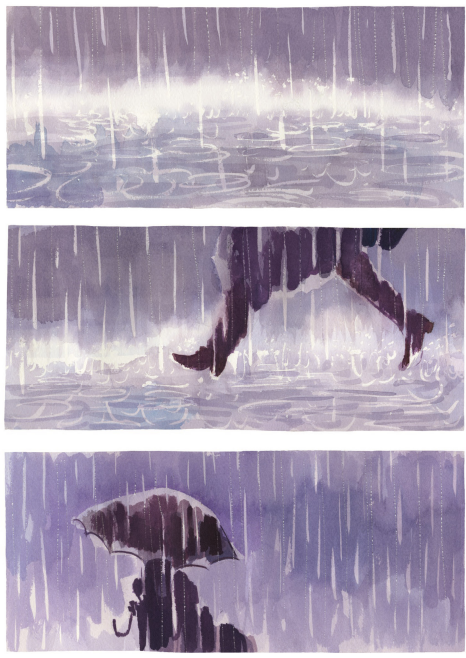 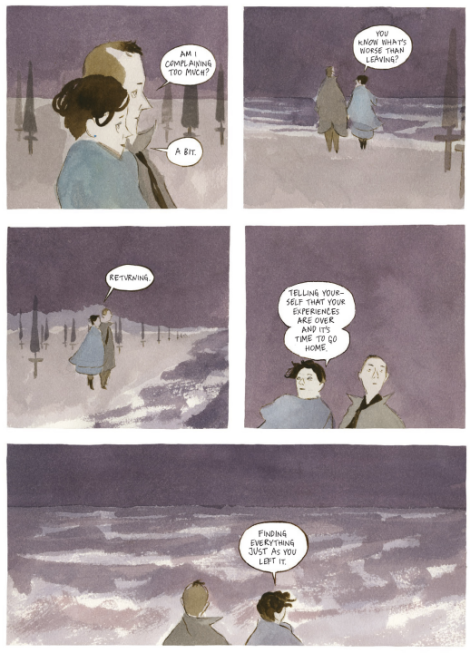 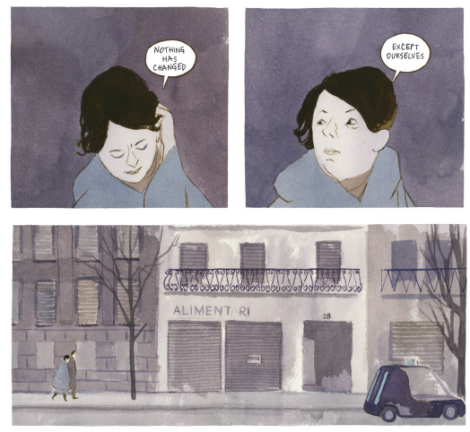 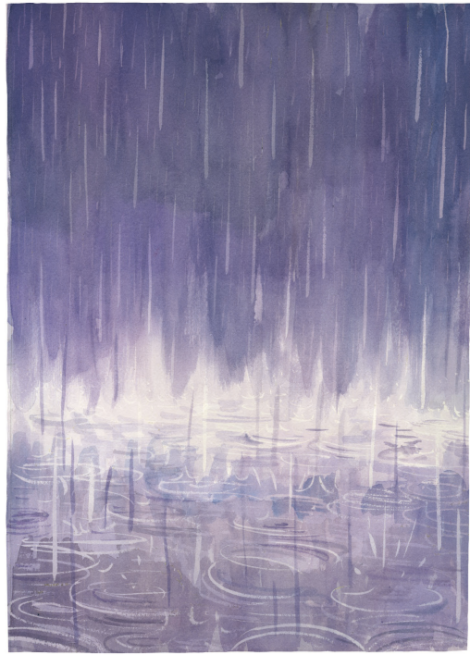 Though I wish the story wouldn’t have been cut off so abruptly, since it would’ve given our characters more time to evolve and expand in their little universe, the art had me so wrapped around and (practically) hypnotized that I can’t even begin to delve into the minor negatives. All in all: I have Manuele Fior’s artwork on my radar from now on.

Note: I’m an Amazon Affiliate. If you’re interested in buying 5,000 Kilometers Per Second, just click on the image below to go through my link. I’ll make a small commission!