“There’s something romantic about waiting for a letter in the mail, waiting for your destiny.”

I wanted to devour this book whole, so chores and life getting in the way was beyond distracting, as Cath said expertly in Fangirl: Real life was something happening in her peripheral vision. So I’m thankful for days like Shabbat, giving me the opportunity to have a day to read through a book and discuss it with my family.

The vibe between Lara Jean and Peter in Always and Forever, Lara Jean is miles away from the hostile and petty ways in the previous book. It’s rather similar to their easy-going nature in the Netflix adaption of TATBILB, which was basically all that I wanted with rereading this series. It makes sense, too, given that this was the most recent to come out before the film.

Having read through all three books in this series, I can see now how the Netflix film adaption features different scenes and takes from each book. Like Peter and Lara Jean’s list of their favorite movies to watch together, or Peter’s comical line of comparing himself to the handsome hero in a film to fish out a compliment from the Song girls. Plus, LJ and Peter talking openly about their families, including his dad’s absence, which is a first for them.

As I wrote in my review for P.S. I Still Love You, it’s the careful, everyday observations that make my heart sing, and this concluding book was full of them, thankfully.

“Who will braid my hair when I’m at college?” I muse.
“I will,” Peter says, all confidence.
“You don’t know how,” I scoff.
“The kid will teach me. Won’t you, kid?”
“For a price,” Kitty says.
They negotiate back and forth before finally settling on Peter taking Kitty and her friends to the movies one Saturday afternoon.”

It was sweet to see him practice throughout the book, not just mentioned once for entertainment.

“I throw my arms around him and lift my chin expectantly, waiting for my good-night kiss. He nuzzles his face against mine, and I feel gladness for the fact that he has smooth cheeks and barely even needs to shave. I close my eyes, breathe him in, wait for my kiss. And he plants a chaste peck on my forehead. “Good night, Covey.”
My eyes fly open. “That’s all I get?”
Smugly he says, “You said earlier that I’m not that good at kissing, remember?”
“I was kidding!”
He winks at me as he hops in his car. I watch him drive away. Even after a whole year of being together, it can still feel so new. To love a boy, to have him love you back. It feels miraculous.
I don’t go inside right away. Just in case he comes back. Hands on my hips, I wait a full twenty seconds before I turn toward the front steps, which is when his car comes peeling back down our street and stops right in front of our house. Peter sticks his head out the window. “All right then,” he calls out. “Let’s practice.”

Peter turning back was C U T E.

Plus, Lara Jean does not disappoint in her follow-up response:

“I run back to his car, I pull him toward me by his shirt, and angle my face against his—and then I push him away and run backward, laughing, my hair whipping around my face.
“Covey!” he yells.
“That’s what you get!” I call back gleefully. “See you on the bus tomorrow!”

Ahhh! This scene is the peak of young and in love.

If there was ever a more fitting gif reaction…

I can tell now why Lara Jean ended up with Peter, instead of John Ambrose in P.S. I Still Love You: Peter lights up her life and the reading content to a more upbeat note, to paraphrase “her world is so much more with him in it.” So had she ended up with John, all we would’ve gotten from the book are scenes of the Belleview nursing home, reading, baking, and decorating Easter eggs, rinse and repeat (there’s only so many times this can remain steadfast interesting)… Honestly, 18-year-old Lara Jean leads such a Grandma-esque lifestyle (Chris can back me up; she even stole my line “Grandma Lara Jean”!) that those scenes of her timid nature are a snooze, until characters with a more lively personality, like Peter or Kitty or Chris, grace us with their presence.

“…you haven’t lit a menorah since the nineties, but hello Facebook photos of you in a Santy Claus hat ho-ho-hoing it up next to the Christmas tree you put up in your apartment, and it was kind of obvious that, for whatever reason, you actually liked wearing that cheap fake crushed red velvet hat with the shitty white pom pom on the end, or maybe it wasn’t the hat, maybe it was just getting to stand under the mistletoe and smooch paper-cut-lips Melody, amazing, dynamic, smart-as-shit Melody, the icon of your ideal woman,…”

And I think Jenny Han confirmed my theory when Lara Jean ponders the same for a moment:

“…and who knows what will happen between now and then? By then we’ll be such different people. Thinking of Peter in his twenties, I feel a sense of yearning for the man I may never get to meet. Right now, today, he’s still a boy, and I know him better than anybody, but what if it isn’t always this way? Already our paths are diverging, a little more every day, the closer we get to August.”

“I just don’t want you to live a half life at William and Mary because the whole time you’re wishing you were with Peter at UVA.”

It’s in those moments of looking into colleges that I dislike her clinging on so desperately to this anchor in her life. And Peter doing the same. If it’s for her family I wouldn’t have questioned or doubted it once, but for Peter…

“There’s so much to be excited about, if you let yourself be.”

“I squeeze the bear, and again he says, “Will you go to prom with me, Lara Jean?” “Yes, I will, Howard.” Howard is, of course, the name of the bear from Sleepless in Seattle.
“Why are you saying yes to him and not to me?” Peter demands.
“Because he asked.” I raise my eyebrows at him and wait.
Rolling his eyes, Peter mumbles, “Lara Jean, will you go to prom with me? God, you really do ask for a lot.”
I hold the bear out to him. “I will, but first kiss Howard.”
“Covey. No. Hell, no.”
“Please!” I give him a pleading look. “It’s in the movie, Peter.”
And grumbling, he does it, in front of everybody, which is how I know he is utterly and completely mine.”

It’s sweet to see his pure innocence in willing to do anything to see her smile. “Is there anything more intoxicating than making a boy bend to your will?”

It’s the tiny nuances of their relationship that stuck with me. From revealing their college acceptance letters to late night drive troughs. Though, I do feel like their interactions were quite timid in this book with essentially no one-on-one scenes the more we dived into the storyline. He gets a bit lost behind in all the shenanigans set up in Always and Forever, Lara Jean.

I realized after reading for hours on end deep into the night, how deeply I missed the feeling of immersing myself fully into a book. There’s nothing quite as comforting and quintessential as reading a good book with no real life worries ahead to diverge your attention.

If anything, I’m glad this book doesn’t settle down for simply exploring everyday interactions, instead, we have something to propel the plot forward with exciting new components: Margot’s visit home (she keeps this family in-check) and getting the chance to look over her new boyfriend with the scanner of approval. John Ambrose’s surprise cameo, though, it’s odd we had to get rid of a certain bigger-than-life character to set this encounter up. Everything leading up to our small, local wedding. Lara Jean’s coping mechanisms with stress, including baking the perfect cookie (petition for LJ to start her own food blog!) and planning through every detail of the big day. Spur-of-the-moment road trips with Chris, who brings out the carefree, wild side in Lara Jean. The last day of high school and what that entails. But before all that, it all begins with college acceptance letters. The countdown is really on.

“For the first time ever, all of the Song girls will be living truly apart. We three probably won’t ever live in the same house together again. ”

This is what scares me most: I don’t want either of us to get used to that reality. I want my sister to always have me available at a moment’s notice. This whole scene hit me too hard.

“At breakfast I keep stealing glances at her, memorizing every little thing. Her gangly legs, her knobby knees, the way she watches TV with a half smile on her face. She’ll only be as young as this for a little while longer. ”

It’s interesting then to notice the clear parallel, in rereading To All the Boys I’ve Loved Before, between Lara Jean’s worrying over the dynamic change once Margot leaves for college, and her own journey of leaving home for the first time in Always and Forever, Lara Jean.

“Margot, when you first went to college, what did you miss most about home?”
“Well, you guys, obviously.”
“But what else? Like, what were the unexpected things you missed?”
“I missed giving Kitty a kiss good night after she’d had a bath and her hair was clean.”
I make a snorty sound. “A rare occasion!”

I’m so thankful for this moment of bonding. It’s always the tiniest of observations that creep up on you.

I’m glad I went into this fresh after having revisited P.S. I Still Love You because when I tried reading this finale on its own, back when it came out, everything here just read as fan wish-fulfillment because I’d completely forgotten all specific characteristics and events from the series. Time and distance makes the heart grow fonder, and I’m glad to have completed this last book after being immersed in their world through the movie and my reread of the previous books (though I must say how taken aback I was that it’s been over a year since Always and Forever, Lara Jean came out). There’s something so wistful about coming-of-age stories that won’t seem to grow old on me.

If you’re interested in buying Always and Forever, Lara Jean, just click on the image below to go through my Amazon Affiliate. I’ll make a small commission! 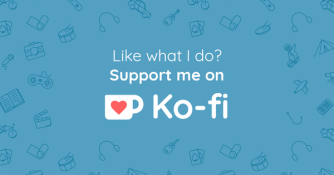