My reading picked up a lot more steam this month, compared to August that left me in quite a slump, thanks to many exciting September releases. I’m ecstatic to see what’s to come in the next reading season.
In total I read 10 books this month: 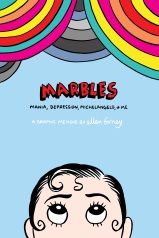 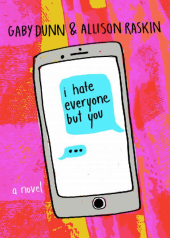 Honorable Mention:
Season four of Broad City was released earlier this month, so I finally decided to cave in and give it a go on a whim, thanks to Rosh Hashanah. I had seen the start of the pilot years ago, but quickly made my exit when I realized the introducing scene wasn’t my cup of tea. I then became convinced that the whole show must be on the same level of raunchiness as said scene and that, consequently, the comedy relied solely on showing non-stop sex scenes. I WAS WRONG, OF COURSE.

The series was created by and stars Ilana Glazer and Abbi Jacobson as two Jewish American best friends who navigate everyday life in New York City. And I have to say that the direction the writers and actors took this show from season to season truly impressed me at every turn. I can’t believe my past-self thought Broad City would be overrated or overhyped, this is the one show that truly lives up to its reputation and continues to rise over and actively raise the bar of expectations.

Funnily enough, when I made the choice to give the series a go this month, I started from the season four premiere, which was unknowingly the best decision, because in it we have the origin story of Abbi and Ilana’s friendship back in 2011. I ended up binge-watching the show in just two days in reverse chronological order. Which I’m frankly glad to have done because the later episodes are one of my favorites.

Ya know, one day I'm watching the pilot. The next I'm starting the second season.

Plus, having read I Hate Everyone But You by Gaby Dunn, Allison Raskin, who share a very similar dynamic to Ilana Glazer and Abbi Jacobson, couldn’t have been more perfect right before watching the series. My fellow Jewish women are on top of their game, and I feel like a proud mother. Broad City is really the most taken back I’ve been by a TV show in ages. I’m pretty sure the last time I was this surprised was with Skam back in December.

So now is when I let the art speak for itself because I couldn’t even begin to encompass the brilliancy that goes on in the minds of those that deliver the iconic Broad City scenes time after time. The comedic timing is utterly and completely unique.

Ilana Wexler is honestly unlike anyone I’ve ever encountered about before. And I’m obsessed.

I was floored by this whole season.

I’ll end with sharing THE BEST dialogue I got to experience and then non-stop quoting in head:

This show has no boundaries as to where it will go, and I am so here for it. To be honest, it was a whirlwind of a binge-watch, but Broad City has without a doubt made a new fan out of me.

That was my September wrap-up, thank you for reading!