I’m grateful to have completed my reading goal of the year (100 books) with this heartrending novel-in-verse. Up From the Sea follows the life of how one teen boy survives the March 2011 tsunami that devastates his coastal Japanese village.

“What could possibly hurt me
more than this quake
already has?”

On that fateful day, Kai loses nearly everyone and everything he cares about in the storm. When he’s offered a trip to New York to meet kids whose lives were changed by 9/11, Kai realizes he also has a chance to look for his estranged American father. Visiting Ground Zero on its tenth anniversary, Kai learns that the only way to make something good come out of the disaster back home is to return there and help rebuild his town.

I went into this read expecting it to grow in intensity with each passing page since it’s tackling such a heavy subject matter. However, I felt like there was little to no emotion inserted in the writing where it counted the most. In the end, it came off quite distant and disconnected from what I was anticipating with the discussions of 3/11 and the tenth anniversary of 9/11.

“We all remember
exactly where we were
and what we were doing
when our lives
changed forever.

9/11 and 3/11 are so different,
two separate disasters—
but maybe they’re also
the same, Tomo says.

How so? Kenji asks.

Each one changed
our country forever.”

The afterword where the author discussed the inspiration behind some of the scenes in Up From the Sea was the one place where I felt everything I should’ve encountered during my reading experience.

“Inspired by a young boy I met in the disaster zone, I began a novel about a boy who loves soccer and creates a team to rally his town after the tsunami. Months later, I discovered that exactly this had been done in coastal Onagawa. The team is the Cobaltore Onagawa Football Club. Supporters from all over the world helped in the difficult days following the disaster.
Later, I learned that a soccer ball that had belonged to a teenager in Rikuzentakata washed up in Alaska. Amazingly, the ball was found by a man with a Japanese wife who could read the messages written on it. The couple traced the owner and traveled to Japan to return the ball.”

I really wish I’d read this before starting the book.

But as with any read there are still a few pieces that made me experience something deeper within myself. Here’s a handful of them: 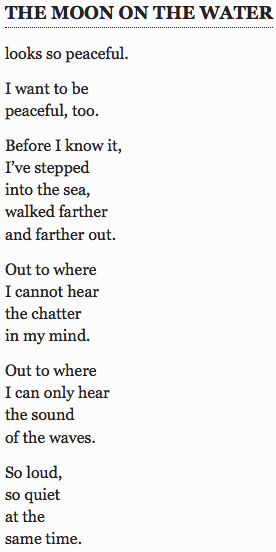 “THERE’S A SAYING IN COASTAL TOWNS—

inochi tendenko—
save your own life first.

A long time ago,
if you wanted to
marry someone from the coast,
the elders asked:

“If a tsunami came,
who would you save first?
Your wife and child,
or yourself?”

“If you can’t save yourself first,”
they said,
“you can’t marry anyone here.”
They’d lived through a tsunami,
knew its full power.

It’s true.
If you can’t save your own life,
the town will disappear.

And if that happens,
the future, too,
will disappear.

So don’t you dare
feel guilty for being alive,
Old Man Sato says,
looking from me to Taro
and back again.

We’ve got the future
to build.” 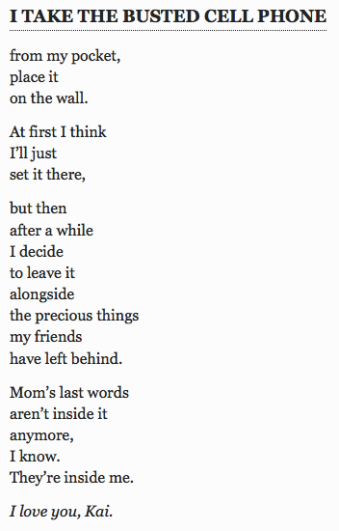 Ultimately, this survival story based on real life emotional events is vividly capturing and ends on a hopeful note.

I also listened on repeat to my favorite song of Lorde’s new album while reading:

Note: I’m an Amazon Affiliate. If you’re interested in buying Up From the Sea, just click on the image below to go through my link. I’ll make a small commission!