In One Day We’ll All Be Dead and None of This Will Matter, Scaachi deploys her razor-sharp humour to share her fears, outrages and mortifying experiences as an outsider growing up in Canada. Her subjects range from shaving her knuckles in grade school, to a shopping trip gone horribly awry, to dealing with internet trolls, to feeling out of place at an Indian wedding (as an Indian woman), to parsing the trajectory of fears and anxieties that pressed upon her immigrant parents and bled down a generation. Alongside these personal stories are pointed observations about life as a woman of color, where every aspect of her appearance is open for critique, derision or outright scorn. Where strict gender rules bind in both Western and Indian cultures, forcing her to confront questions about gender dynamics, racial tensions, ethnic stereotypes and her father’s creeping mortality–all as she tries to find her feet in the world.

Any writer promised to bear similarities to either Mindy Kaling or Roxane Gay will have my immediate interest in the palm of their hand. And Scaachi Koul did not disappoint with her wry humor and telling insights on a plethora of subjects. Dealing with fear, anxiety, grief, parenting, insecurities, racial discrimination, racial advantage, shadism, white privilege, sexism, feminism, online harassment, sexual harassment, diversity in media, and so much more. Koul won my heart over almost instantly with her essays. 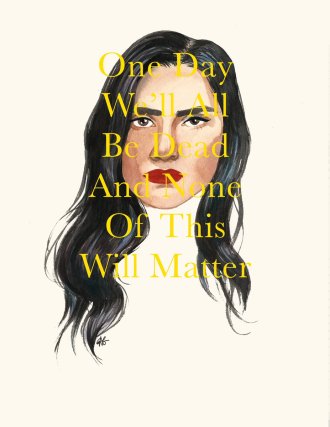 But most of all, I knew I was a goner when she talked about her family. Getting to read about a small piece of her Kashmiri family history was intoxicating. I wanted more and more and more. Her parents remain two of the most caring and daring ones I’ve had the pleasure to read as of late.

And I’m not even kidding when I say that most of my favorite pieces were about them. I mean:

“My dad first saw her at his cousin’s house—my mom was her friend—and was flustered by her beauty. Ask my dad and he’ll wax poetic about my mother’s cheekbones, her rich eyes, her long hair, how he needed to get to know her. My mom didn’t even know he was there.”

“Nothing bad can happen to you if you’re with your mom. Your mom can stop a bullet from lodging in your heart. She can prop you up when you can’t. Your mom is your blood and bone before your body even knows how to make any.”

Daughters showing love for their mothers is how my heart remains fulfilled.

“In the fifth grade, I got my hair chopped off in an ill-advised pixie cut, some two feet of dark black hair sheared off me like a sheep. Mom gathered it all and stuffed it into a heavy-duty Ziploc bag. “What are you doing?” I asked her as she tucked the bag into her purse. “When you’re older,” she said, “you’re going to get married, and this we can use for hair extensions on your wedding day.” She put the hair in the deep-freezer in the garage and it’s still there; sometimes when I root around for Pizza Pockets I will instead pull out a bag filled with my DNA. My mother would like a wedding, please, and it is not optional.”

This is so extra. I love it.

“Papa ends most of his calls with me the way you might close a conversation with someone you want to menace. “Anyway,” he’ll say, “I’ll be here. Staring into the abyss.” Or, when I have given him good news, “The talented will rule and the rest will perish in the sea of mediocrity.” Or, when I have given him bad news, “I am sorry for everything that happens to you, as everything is my fault.”

“When he started watching The Wire he answered the phone with “What up?” or “Who dat?” or some other linguistic appropriation that does not actually appear in the show. If I don’t acknowledge this greeting (perhaps with a similarly enthusiastic, “It’s ya boy”), he will say it another two or three times. It’s important that you notice this good mood he is in, because it is fleeting.”

Real talk, I want a whole book where Scaachi Koul gets to talk solely about her dad, please. 5/5 stars just for him. And so I loved how each essay ended with a snippet from one of her emails with her dad. I got to a point where I was looking forward to seeing what would be shared at the end of each written piece.

“None of this—the impatience, the frustration, the willingness to hold a grudge against an inanimate object—is new to me. He’s always been waiting for something to ruin his life. When I was little and would pretend to be a doctor and he my patient, he’d ask me surprisingly real questions about his hypertension and cholesterol, when all I wanted to do was “test his reflexes” by hitting him in the shin with a plastic mallet. He colours with Raisin but wants her to do something more “cerebral” with her talents. “No, don’t colour like that,” he says. “Colour in the lines. The lines! Well, if you’re going to do it that way, at least do some Cubist-inspired art. Show your inner angst. Show how angry you are at the establishment!” She frowns at him and tries to ignore his commands. “Yes,” he says. “Colour Dora’s face.”

Also, I lived for this iconic moment when her dad was introduced to Scaachi’s older (by thirteen years) boyfriend:

“They shook hands. Papa led him into the kitchen, where all serious family matters tend to take place. He offered Hamhock tea. “You look good,” Papa said. “For someone your age.”

Let me rephrase, this is not an iconic scene this is THE iconic scene.
However, since I kind of disliked her boyfriend , my enjoyment was lowered every time he was mentioned. (Which turned out to be quite a lot for a memoir…)

But circling back to the positives, all of the pieces are entertaining, riveting and humorous, but some worked better for me than others. Like, the piece on body hair -which I’m still beyond grateful that someone finally wrote about in a book- remains one of my favorite essays.

“I didn’t shave more of it off. I didn’t want James to know he had gotten to me, so I figured I’d wait until the summer, the way I did for my moustache and brows, so that everyone would just forget I ever had hair in the first place. In class, though, James noticed the bald patch on my forearm. He laughed. “Did you try shaving your arm because I told you that you were hairy?”
James works in finance now. He lives in Boston. We are all eventually punished for our sins.” 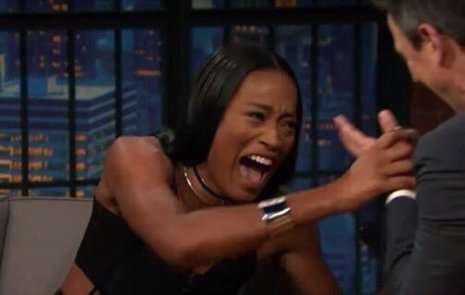 And last but not least, this crucial piece on social media and interaction:

“Who do you even talk to on Twitter?” Papa asked me after I told him I had rejoined. “Who could be so important there?” I thought about my family’s traditional Kashmiri last name, how any other Kashmiri can point us out in a phone book and know where we’re from. This has, literally, happened: when I was still living at home, a recent immigrant looked up our listed number, called us, and asked if he could come over to talk to my parents and get some help integrating. Mom made him fried vangan and Papa offered him chai and I was perplexed that my otherwise very private, very protective parents let a complete stranger stroll into their home just because he came from the same region they did. But they were trying to find connection, to talk to someone who understood them. I will likely have to tell you, here, that vangan is eggplant, but online, I can find someone in mere seconds who already knows that. Our worlds become a little smaller, we feel closer, we feel less alone.”

One Day We’ll All Be Dead and None of This Will Matter is something I won’t be forgetting anytime soon. Candid, outspoken, laugh-out-loud funny essays are the way to my heart. And I hope we’ll get to see similar books released in the very near future because I crave more and more and more.

Note: I’m an Amazon Affiliate. If you’re interested in buying One Day We’ll All Be Dead and None of This Will Matter, just click on the image below to go through my link. I’ll make a small commission!

1 thought on “Review: One Day We’ll All Be Dead and None of This Will Matter by Scaachi Koul”