I don’t tend to read or review single issues of comics as I like to read them in volumes. But my excitement for America has been evergrowing since I saw this ethereal work of art by Joe Quinones: 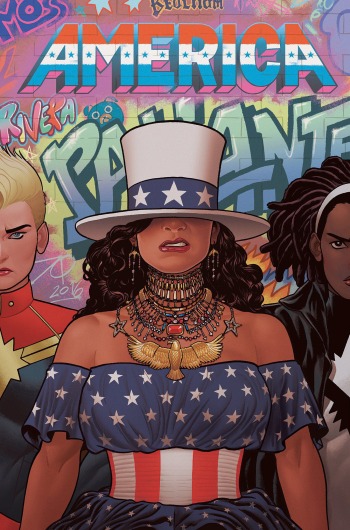 So waiting till October for the first volume to come out was out of question for me.

This issue written by Gabby Rivera and drawn by Joe Quinones was my very first introduction to America Chavez. And if this was any indication of her awesomeness, it won’t be my last! I’m in it for the long haul with Chavez.

However, the plot was a bit puzzling for me as I wasn’t familiar with a lot of the thrown in references or superheroes. But I came to love America’s character so damn much that I didn’t really mind being left out of the loop with the ongoing storyline. And thankfully we had a quick recap at the start:

America Chavez is done with the hero scene. She did the Teen Brigade thing. She basically WAS the Young Avengers. And the Ultimates? They’re cool, but saving the world every weekend is starting to get old. Time to punch out.

But she can’t go home again—she left the Utopian Parallel when she was a little girl, after her moms died saving the entire Multiverse. America’s been on her own ever since, doing her best to be a hero just like them.

And lately her friends all seem to have problems of their own, what with Loki seemingly being a full-on bad guy again and bestie Kate Biship (a.k.a. the real Hawkeye) now doing her own thing out on the West Coast.

So where does a super-strong queer brown girl who can punch star-shaped holes between dimensions go to get her hero-free kicks? Queue up the music and lace up your boots… America’s going to college.

Like the author mentioned in this interview, ‘Don’t try to write a superhero comic book. That’s not why they reached out to you. Put all the joy and excitement and energy and quirkiness that you did with Juliet and bring it to America.’ So what song does she listen to when she wakes up in the morning? Does she brush her teeth in her underwear? What type of girl is she? The fundamental questions you have about someone you want to be friends with.

Plus, there’s just so much I cherished in this issue: 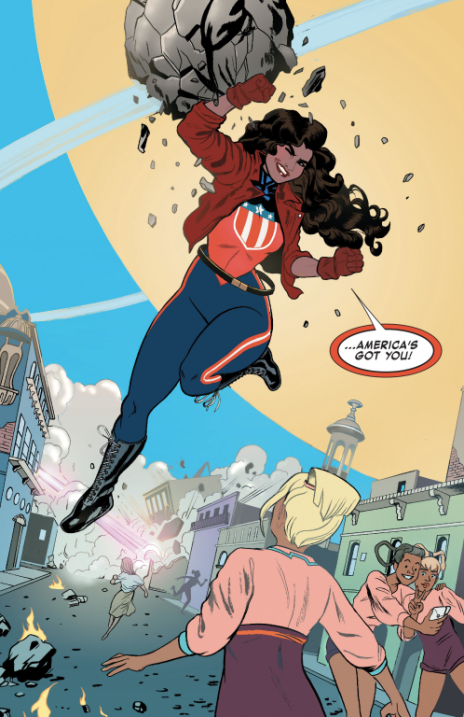 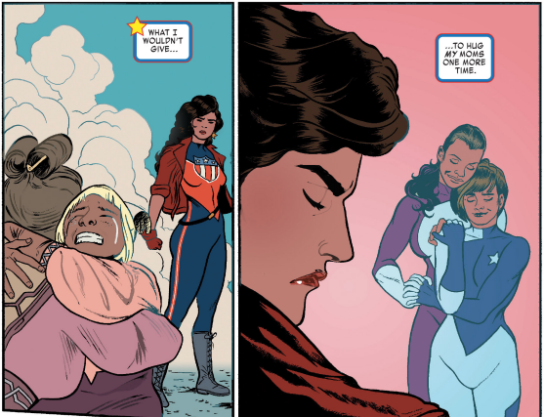 I immensely valued the emphasis on America’s love and grief for her two heroic mothers. 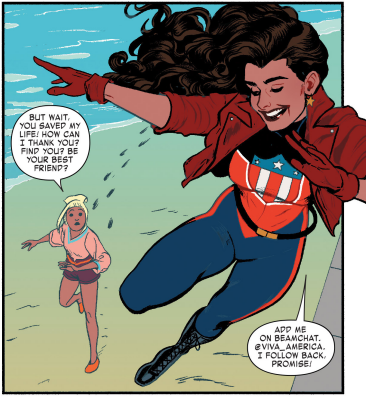 This girl is me with the “be your best friend.“ 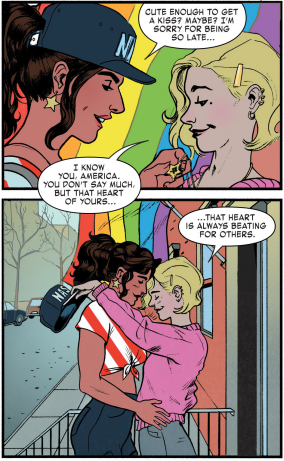 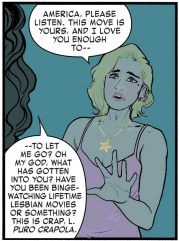 Her comments are pure gold.

Girls supporting girls!!! Also, America’s expression in the above is beyond lovable. 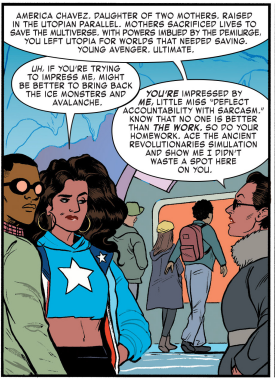 Chavez is a rare hidden gem. 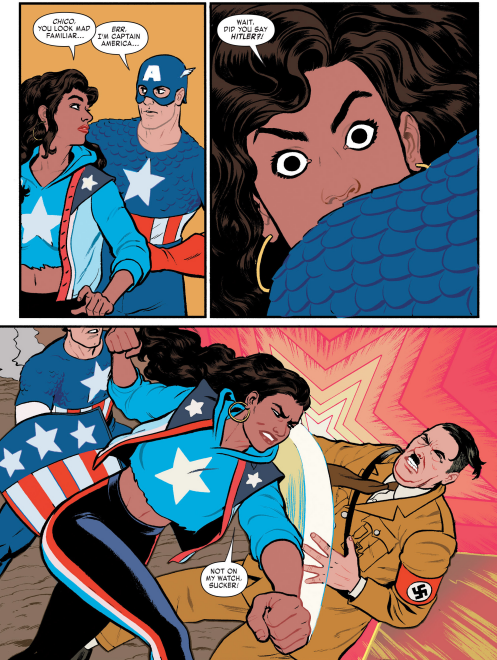 Beating Nazi bastards  is something I’ll always support.
Plus, that’s how you end your comic on at an all-time high. I want more and more and more!!!

Note: I’m an Amazon Affiliate. If you’re interested in buying America #1, just click on the image below to go through my link. I’ll make a small commission!