Since I’d read Maus I about a year ago and Nadja Spiegelman’s enticing memoir in the summertime, I was beyond ecstatic to find this second volume on the shelves of my local library.

And since it’s been quite a while, I was grateful that this volume had a quick recap at the start of what occurred before:

Art Spiegelman, a cartoonist born after WW II, is working on a book about what happened to his parents as Jews in wartime Poland. He has made a series of visits to his childhood home in Rego Park, N.Y., to record his father’s memories. Art’s mother, Anja, committed suicide in 1968. Art becomes furious when he learns that his gather, Vladek, has burned Anja’s wartime memoirs. Vladek is remarried to Mala, another survivor. She complains often of his stinginess and lack of concern for her. Vladek, a diabetic who has suffered two heart attacks, is in poor health.

In Poland, Vladek had been a small-time textile salesman. In 1937 he married Anja Zylberberg, the youngest daughter of a wealthy Sosnowiec hosiery family. They had a son, Richieu, who died during the war.
Forced first into ghettos, then into hiding, Vladek and Anja tried to escape to Hungary with their prewar acquaintances, the Mandelbaums, whose nephew, Abraham, had attested in a letter that the escape rout was safe. They were caught and, in March, 1944, they were brought to the gates of Auschwitz.

Once again this graphic novel left me at a loss for words, so I think it’s for the best if I’ll just share those scenes that evoked certain strong emotions in me: 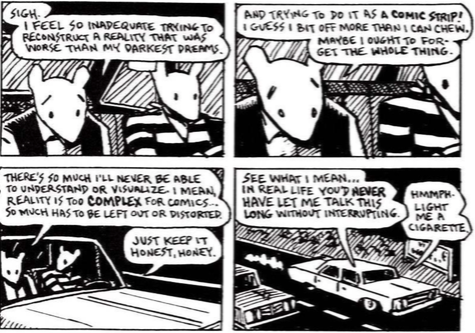 It was fascinating getting to see Françoise depicted through the eyes of her husband, instead of her daughter’s (as in I’m Supposed to Protect You from All This). But that’s also what bothered me in here: I didn’t like the way she was portrayed. I kept feeling like Françoise was inserting herself in the wrong conversation. Like, this wasn’t a conversation for her to participate in. 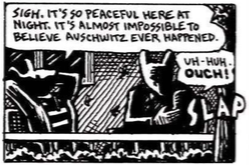 I mean, that comment didn’t sit well with me at all..

And this just… really??

So I was more than willing to let the focus shift from the present day. Until I realized just how utterly heart-wrecking Vladek’s past is. 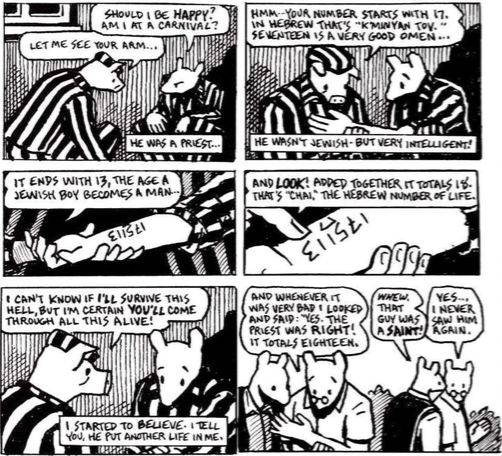 The scenes at the camp were one of the most hard-hitting. 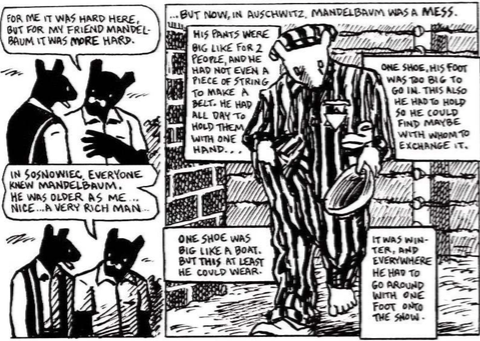 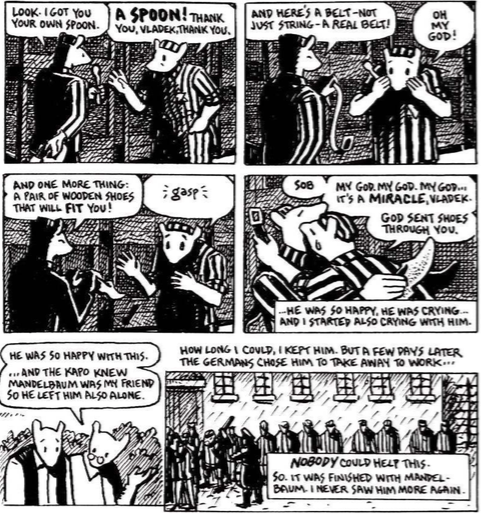 It’s sad, but the above three images gave me a glimmer of hope in this world full of cruel and inhuman suffering (that is to say: before I’d read the last panel, but still).

This graphic novel also educated me a lot, which I wasn’t expecting. I thought I’d heard it all – or at least most – of what there was to know about Auschwitz, but my history lessons weren’t even close. The horrors Vladek and Anja and many others had to go through were jarring. 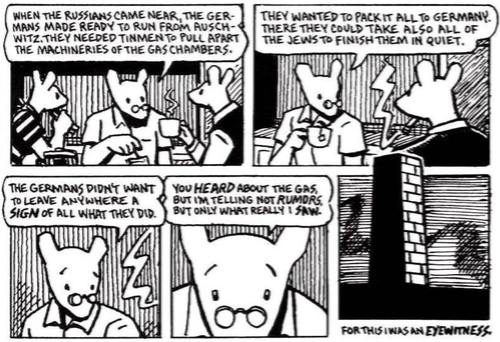 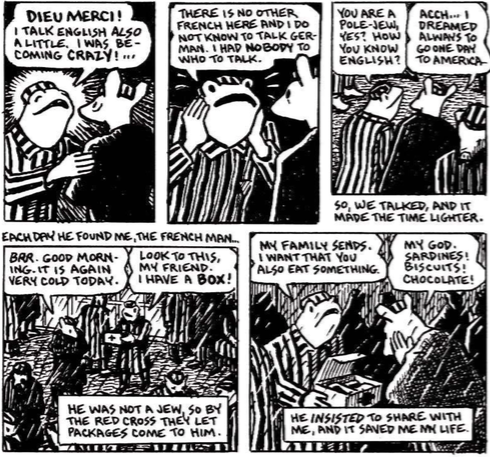 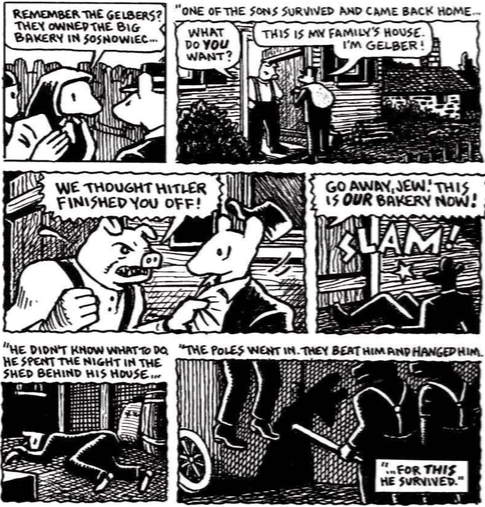 The amount of suffering… My heart aches. 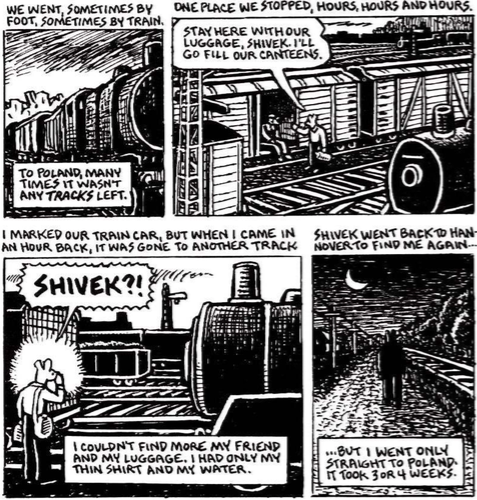 My mouth is still wide open at that. THREE OR FOUR WEEKS.

All in all:  I came in unprepared with Maus II. The amount of suffering and anguish and heartbreak left me emotionally spent. (I’ll no doubt end up thinking about them for a while to come.) And it goes without saying that this remains one of the most poignant and harrowing graphic novels I’ve read to date.

Note: I’m an Amazon Affiliate. If you’re interested in buying Maus II, just click on the image below to go through my link. I’ll make a small commission!