Since it’s February 14, also known as Valentine’s Day for some, it seemed like the perfect time to answer the Netflix & Books book tag.

I mean, what’s better than spending the day ranting about some of my favorite tv shows, which – fun fact – I can do for hours, so proceed with caution.

Note: I’m an Amazon Affiliate. If you want to buy any of the reads I mention in this post, just click on the books below to go through my link. I’ll make a small commission!

It’s no secret by now that Skam is my all-time favorite show (see: December Wrap Up & Skam Book Tag | Original). And one of the main reasons it remains so stubbornly stuck in my mind is because of the profound connections formed between each and every one of these characters. It is truly unlike anything I’ve seen on television before.

So comparing it to a book wasn’t an easy job, but eventually the leading ladies from The Lunar Chronicles popped into my mind…

Over the course of this series, Cinder, Winter, Iko, Scarlet and Cress bond over this otherworldly shared mission they have to complete. And I was living anytime they were together in a scene. It was rare, but when it occurred I was practically on cloud nine.

2. This Is Us: best family or parents.

This show remains truly one of the most inspiring ones I’ve seen that tackles family ties, love, sibling rivalry, racism, body image, grief and so much more. Real talk, there’s not even one character in the Pearson family that I don’t adore in some way or other. They all have their quirks and flaws that make me love them individually.

So to pick something with a similar dynamic, I decided to go with The Strange and Beautiful Sorrows of Ava Lavender by Leslye Walton.

The book follows three generations of women individually, and I was swept into their whimsical tales. I especially loved Emilienne – the grandmother – because of how real she felt to me, particularly after this:

“Simply put, Emilienne was merely more sensitive to the outside world than other people. As such, she was able to catch on to things that others missed. While to some a dropped spoon might indicate a need to retrieve a clean one, to Emilienne it meant that her mother should put the kettle on for tea — someone was coming to visit. An owl hoot was an omen of impending unhappiness. A peculiar noise heard three times at night meant death was near. To receive a bouquet was a tricky one since it depended on the flowers — blue violets said, I’ll always be true, but a striped carnation, Sorry, I can’t be with you. And while this gift proved useful at times, it could also make things quite confusing for young Emilienne. She struggled to distinguish between signs she received from the universe and those she conjured up in her head.”

I’m just really fond of family sagas that focus mainly on the women. Which is also why Nadja Spiegelman’s spell-binding and moving memoir, I’m Supposed to Protect You from All This, became another immediate addition to my favorites. 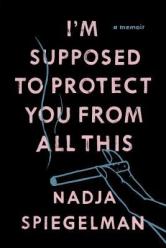 P.S. I light up anytime Beth Pearson appears in a scene.

In the Country We Love by Diane Guerrero fits like a glove for this question.

Diane Guerrero, who plays Maritza Ramos on the Netflix series, has written one of the most raw and heart-wrenching memoirs I’ve read as of late. Even months and months after, I cannot stop replaying some of the vividly written scenes from this read. It’s truly one of the most memorable memoirs for me.

P.S. The release date for OITNB season five was announced recently, so I know what I’m counting down for.

This show has been in my life for almost a decade, which I still find mind-boggling. So to answer this question, I wanted a read that captured that same feeling the show creates of being completely sucked into a character’s life and getting to forget about your own issues. And a fairly recent read popped into my head: Motherest by Kristen Iskandrian, particularly the second part, when the focus is on the main character and the journey she has to go through almost all alone. 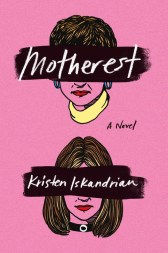 The main theme being explored in it remains an increasingly fascinating topic for me to delve into while reading, especially in regards to this recent emotionally jarring scene (the whole episode, really) in Grey’s Anatomy.

I’ve been on the hunt for a similar read ever since, with no luck so far with already published works. But I did find Rebecca Barrow’s You Don’t Know Me but I Know You, dealing with motherhood, coming-of-age, female friendship over romance, and pregnancy. Set to come out on August 29, 2017, I’ve promptly added it to my growing TBR. 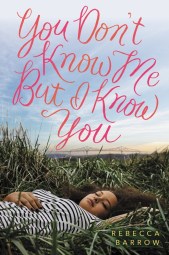 I started watching Insecure right after having finished Issa Rae’s The Misadventures of Awkward Black Girl, so my cravings for more of her utterly brilliant humor were successfully satisfied.

However, since the show aired quite recently, it has just one season with eight entertainingly inventive episodes. So to say that I was left wanting more (once again) would barely begin to cover it. There’s nothing quite like it on television; I’ve been looking for months.

P.S. I still laugh out loud whenever Issa Rae’s Broken Pussy gets randomly stuck in my head. The moment it played in the first episode, I knew the show was a keeper.

Also, I miss Kelli more than anything!!

I cannot wait for season two to come out!!

Those were my answers for the Netflix & Books book tag. If you’re interested in answering these questions, I tag you.
Also, just throwing this out there: I’m always one the look-out for more tv shows to binge-watch, so if you have any recommendations leave them down in the comments!!

Here are all the prompts: