After having read and loved beyond words Gene Luen Yang’s American Born Chinese, I was more than excited about picking up his other works. But upon sitting down to write this review, I found that I hadn’t that many positive things to discuss like I did with the author’s previous work.

Set in China, 1898, Boxers follows bands of foreign missionaries and soldiers as they roam the countryside, bullying and robbing Chinese peasants. 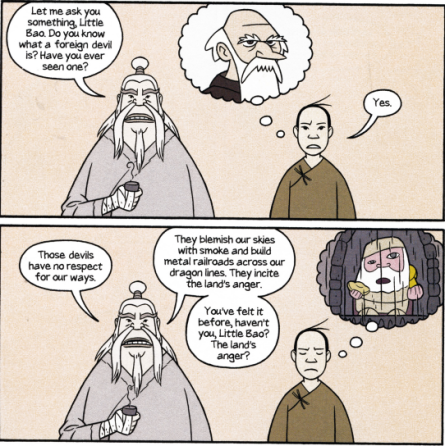 Little Bao has had enough. Harnessing the powers of ancient Chinese gods, he recruits an army of Boxers–commoners trained in kung fu–who fight to free China from “foreign devils.” 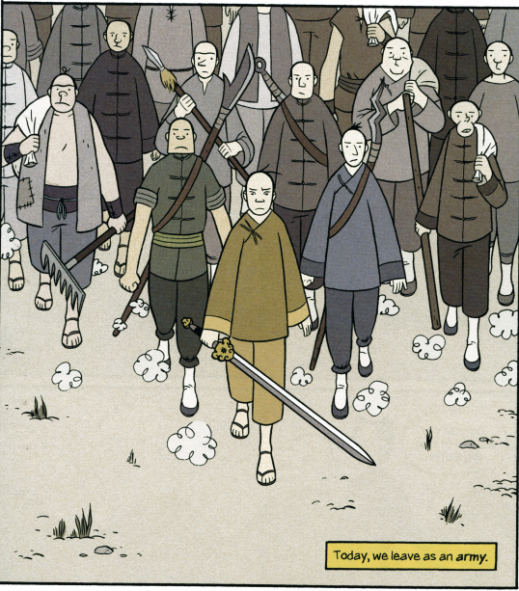 Against all odds, this grass-roots rebellion is violently successful. But nothing is simple. Little Bao is fighting for the glory of China, but at what cost? So many are dying, including thousands of “secondary devils”–Chinese citizens who have converted to Christianity.

Boxers had a great setting with complex characters that made me compulsively turn page after page to find out what would happen next. However, I was more than once disappointed with their personal growth aka there wasn’t any because they were almost all killed off. So after some time it came down to the fact that I wasn’t even that affected by another death in this graphic novel.

But I did love Bao’s dreams, even if they weren’t really well explained as to why they were suddenly happening… I ended up flowing with it because Gene Luen Yang storytelling skills are phenomenal. 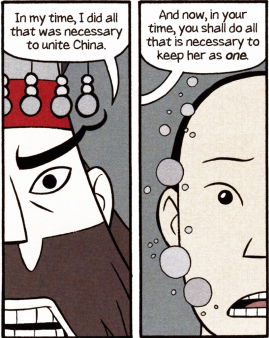 Boxers was an unexpected read in that I thought it was for sure going to blow my socks off, but ended up leaving me quite underwhelmed in a few aspects. However, I will continue with Saints— the parallel story to this volume– and hope I’ll feel more attached by then.

Note: I’m an Amazon Affiliate. If you’re interested in buying Boxers, just click on the image below to go through my link. I’ll make a small commission!