In #GIRLBOSS, Sophia Amoruso recounts her life from stumbling upon her passion of selling vintage clothes online and becoming an unlikely businesswoman to building her retail fashion empire. Along the way, she realizes the value and the difficulty of being the #GIRLBOSS of her own life.

“The energy you’ll expend focusing on someone else’s life is better spent working on your own. Just be your own idol.”

This book started out interesting enough, but it gradually lost its steam in the second half when Amoruso began sounding like a broken record. Also, the author’s bragging and over-the-top tone was a little off-putting at times, so I ended up skimming the last 50-100 pages.

I did, however, really look forward to the illustrations featured throughout: 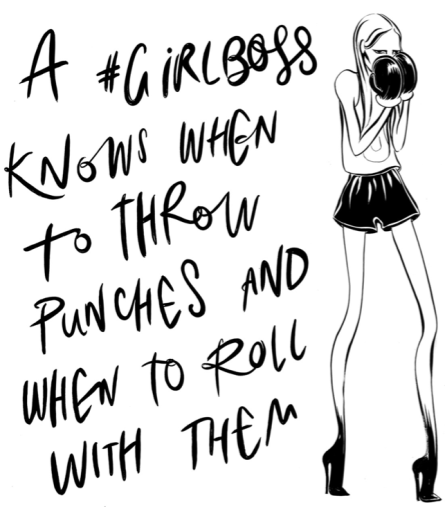 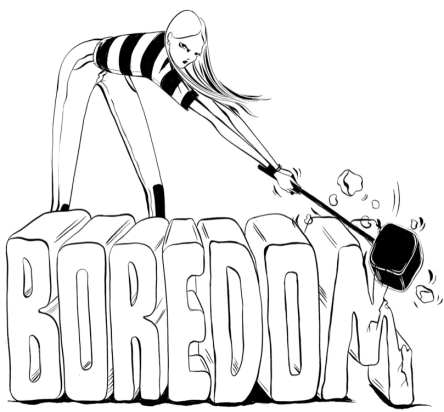 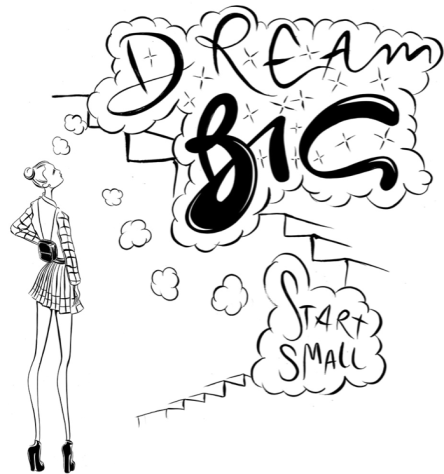 And I would like to pay homage to that first half by quoting some of my favorite phrases:

“I, along with countless other #GIRLBOSSes who are profiled in this book, girls who are reading this book, and the girls who are yet to become a #GIRLBOSS will do it not by whining—but by fighting. You don’t get taken seriously by asking someone to take you seriously. You’ve got to show up and own it. If this is a man’s world, who cares? I’m still really glad to be a girl in it.”

I also loved the chapter about her school experience:

“So, #GIRLBOSS, if you suck at school, don’t let it kill your spirit. It does not mean that you are stupid or worthless, or that you are never going to succeed at anything. It just means that your talents lie elsewhere, so take the opportunity to seek out what you are good at, and find a place where you can flourish. Once you do, you’re going to kill it.”

I didn’t know I needed this, but I did.

“You have to kick people out of your head as forcefully as you’d kick someone out of your house if you didn’t want them to be there.”

“I have a friend who told me something recently that really resonated. He said that he felt like he’d “gotten off at the wrong stop,” as if there’s a bus traveling through space and time that randomly opens its doors and drops souls off to live through whatever time they’re assigned. I don’t believe we’re all fit for the time we’re assigned. It’s a weird world we live in, and until time travel exists we’ve all got to make the most of where we land.”

“No matter where you are in life, you’ll save a lot of time by not worrying too much about what other people think about you. The earlier in your life that you can learn that, the easier the rest of it will be. You is who you is, so get used to it.”

Overall, #GIRLBOSS had a nice starting point, but  ended up lacking that special something that I love in memoirs such as Buffering or Born a Crime.

Note: I’m an Amazon Affiliate. If you’re interested in buying #GIRLBOSS, just click on the image below to go through my link. I’ll make a small commission!