Told through vivid poems, Jacqueline Woodson shares what it was like to grow up as an African American in the 1960s and 1970s. She covers everything from race to religion to the Civil Rights movement. Woodson’s life was very complicated and very rich in detail, which I really loved. She’s a natural storyteller that made me feel like I was transported back to each event through her writing. And I will remember her story for a long time to come.

As a result, I decided to share some of my favorite passages that were featured in here, so that I can come back to this review and reminisce:

“Don’t any of you ever do daywork, she warns us.
I’m doing it now so you don’t have to.”

“When we can’t find my sister, we know
she is under the kitchen table, a book in her hand,
a glass of milk and a small bowl of peanuts beside her.

We know we can call Odella’s name out loud,
slap the table hard with our hands,
dance around it singing
“She’ll Be Coming ’Round the Mountain”
so many times the song makes us sick
and the circling makes us dizzy
and still
my sister will do nothing more
than slowly turn the page.”

“This is the way brown people have to fight,
my grandfather says.
You can’t just put your fist up. You have to insist
on something
gently. Walk toward a thing
slowly.

But be ready to die,
my grandfather says,
for what is right.

Be ready to die, my grandfather says,
for everything you believe in.”

“More than a hundred years, my grandfather says,
and we’re still fighting for the free life
we’re supposed to be living.”

“Don’t believe everything you hear, Jackie.
Someday, you’ll come to know
when someone is telling the truth
and when they’re just making up stories.”

“Nothing in the world is like this—
a bright white page with
pale blue lines. The smell of a newly sharpened pencil
the soft hush of it
moving finally
one day
into letters.”

“It’s easier to make up stories
than it is to write them down. When I speak,
the words come pouring out of me. The story
wakes up and walks all over the room. Sits in a chair,
crosses one leg over the other, says,
Let me introduce myself. Then just starts going on and on.
But as I bend over my composition notebook,
only my name
comes quickly. Each letter, neatly printed
between the pale blue lines. Then white
space and air and me wondering, How do I
spell introduce? Trying again and again
until there is nothing but pink
bits of eraser and a hole now
where a story should be.”

“Even though so many people think my sister and I
are twins,
I am the other Woodson, following behind her each year
into the same classroom she had the year before. Each
teacher smiles when they call my name. Woodson, they
say. You must be Odella’s sister. Then they nod
slowly, over and over again, call me Odella. Say,
I’m sorry! You look so much like her and she is SO brilliant!
then wait for my brilliance to light up
the classroom. Wait for my arm to fly into
the air with every answer. Wait for my pencil
to move quickly through the too-easy math problems
on the mimeographed sheet. Wait for me to stand
before class, easily reading words even high school
students stumble over. And they keep waiting.
And waiting
and waiting
and waiting

until one day, they walk into the classroom,
almost call me Odel—then stop
remember that I am the other Woodson

and begin searching for brilliance

“I am not my sister.
Words from the books curl around each other
make little sense
until
I read them again
and again, the story
settling into memory. Too slow
the teacher says.
Read faster.
Too babyish, the teacher says.
Read older.
But I don’t want to read faster or older or
any way else that might
make the story disappear too quickly from where
it’s settling
inside my brain,
slowly becoming
a part of me.
A story I will remember
long after I’ve read it for the second, third,
tenth, hundredth time.”

That last sentence is so beautiful!!

“Every Monday, my mother takes us
to the library around the corner. We are allowed
to take out seven books each. On those days,
no one complains
that all I want are picture books.

Those days, no one tells me to read faster
to read harder books
to read like Dell.

No one is there to say, Not that book,
when I stop in front of the small paperback
with a brown boy on the cover.
Stevie.

I read:
One day my momma told me,
“You know you’re gonna have
a little friend come stay with you.”
And I said, “Who is it?”

If someone had been fussing with me
to read like my sister, I might have missed
the picture book filled with brown people, more
brown people than I’d ever seen
in a book before.

The little boy’s name was Steven but
his mother kept calling him Stevie.
My name is Robert but my momma don’t
call me Robertie.

“Even the silence
has a story to tell you.
Just listen. Listen.”

To say Brown Girl Dreaming hit home would be an understatement. This book came at the exact right moment for me to read. And the way Woodson told her story and that of her family felt like I was right there.

To quote the author:

“As my sister reads, the pictures begin forming
as though someone has turned on a television,
lowered the sound,
pulled it up close.
Grainy black-and-white pictures come slowly at me
Deep. Infinite. Remembered”

Speaking of, the writing in here was gorgeously elucidated. I’m craving more of Jacqueline Woodson’s words, so I’m hoping to pick up The Other Side in the near future.

Oh, and I also really appreciated that the author took the time to include some great family photos: 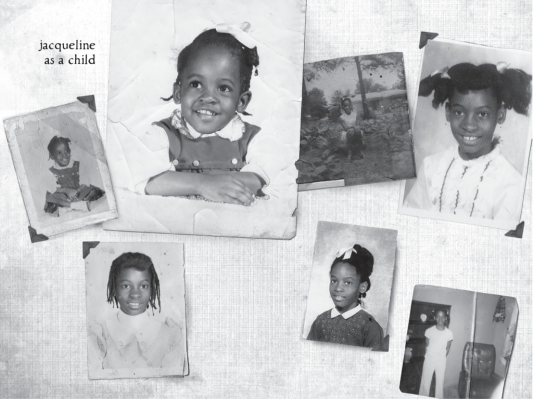 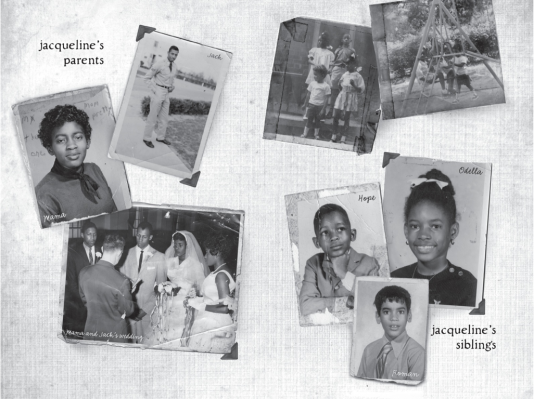 Note: I’m an Amazon Affiliate. If you’re interested in buying Brown Girl Dreaming, just click on the image below to go through my link. I’ll make a small commission!