This review contains spoilers for both the tv show (season 1 &2) and the graphic novel.

I absolutely loved the first two seasons of The Walking Dead, so I decided why not give the comic books a chance. And I was not disappointed.

This volume brought back so many memories of the show for me and reminded me of just how much I loved it— even with the jump scares. 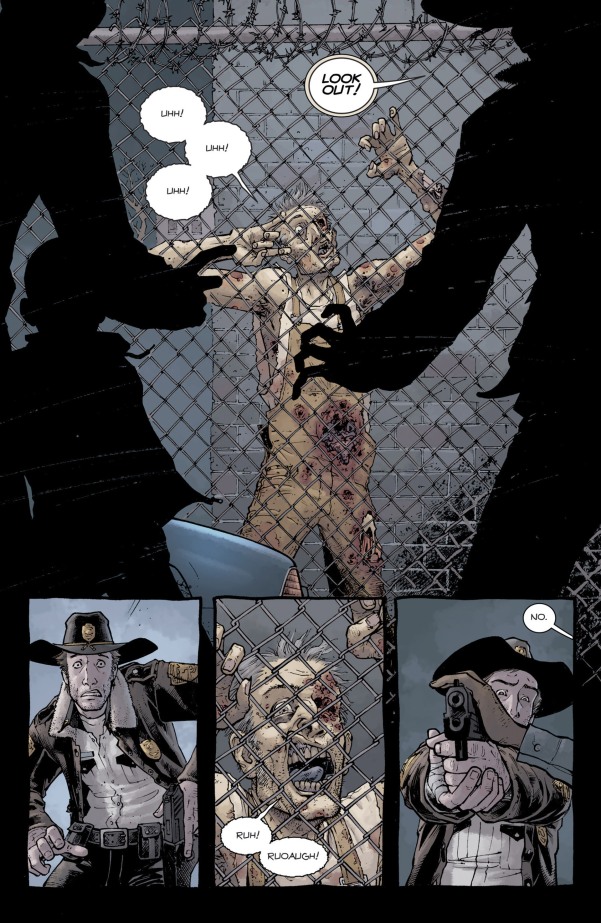 But The Walking Dead doesn’t only focus on the gore of killing zombies, it also explores how people deal with extreme situations and how these events CHANGE them.

It was certainly interesting looking back at how Rick started on his journey and how much he has changed and matured since. 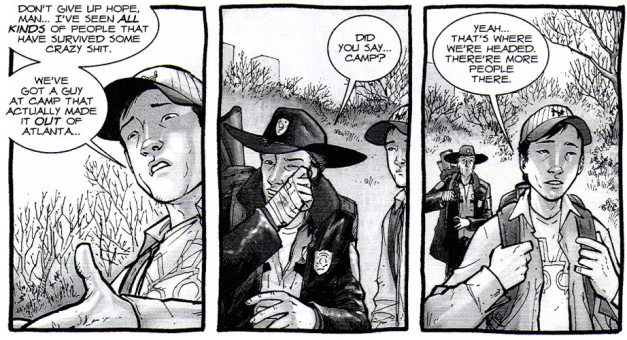 Oh, and Shane also appeared which reminded me of how much I despised him (always a fun reminder). 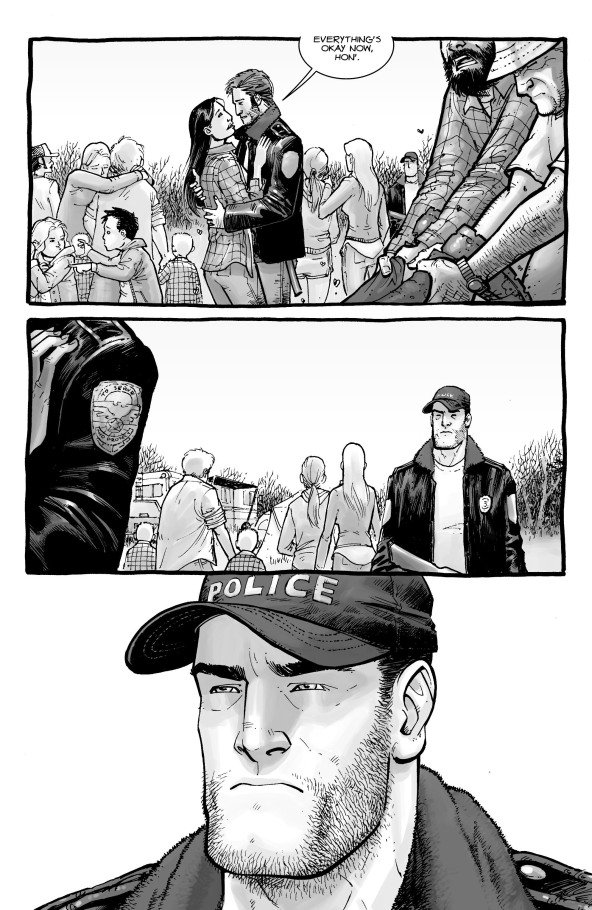 But then Carl shot him, which astonished me, considering that in the tv show it doesn’t happen till much later. 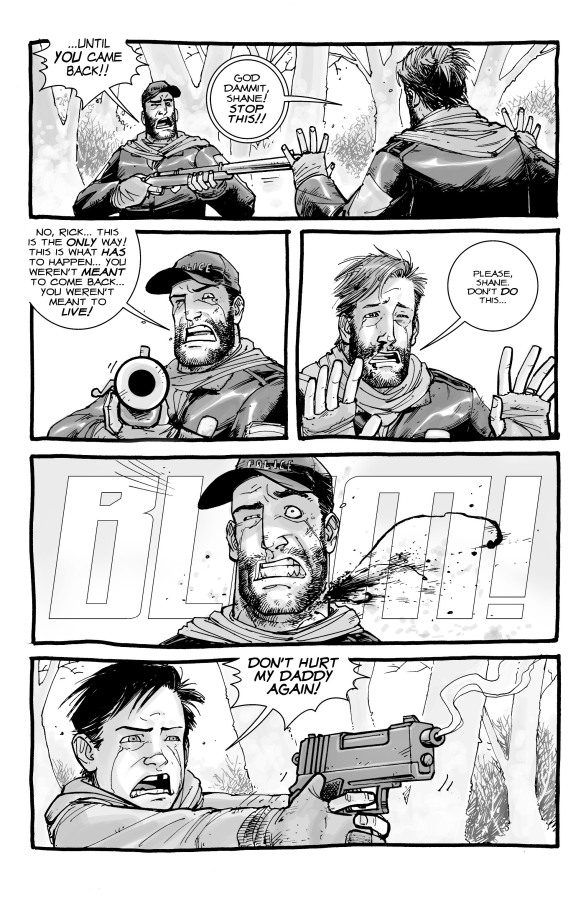 And I don’t remember a Donna from the tv show, but I wholeheartedly agreed with what she brought up: 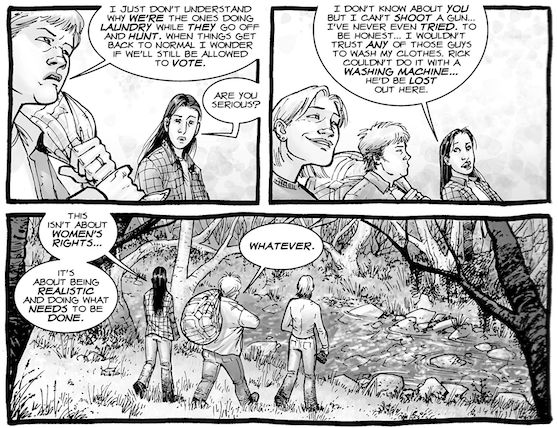 (I did not like Lori in this story. At all.)

And I almost forgot how gruesome some scenes can be in The Walking Dead, especially when they went on the hunt for guns in Atlanta:

(I had to take a breather after that part.) 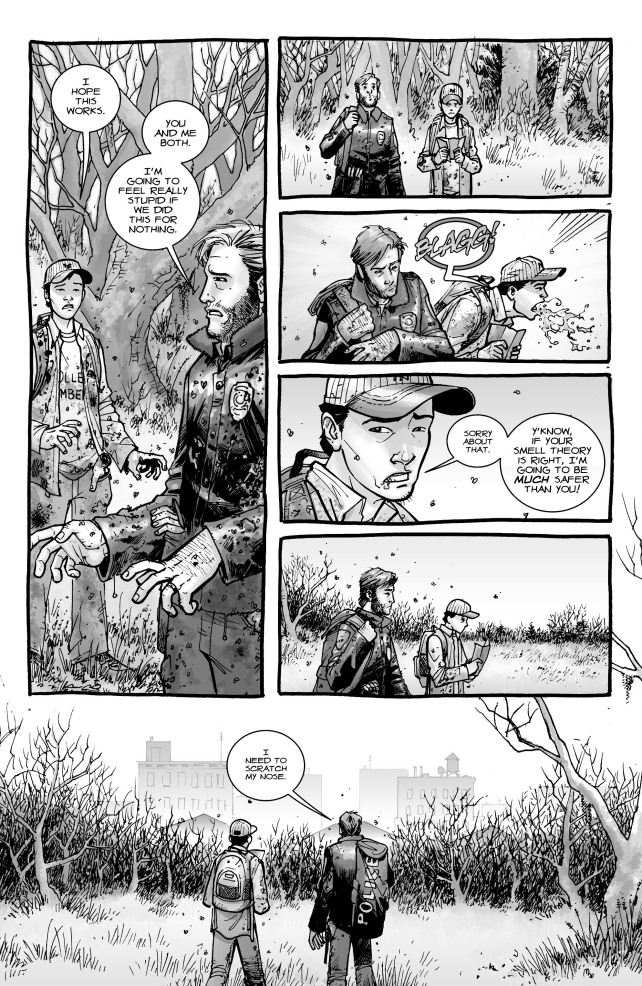 But it was interesting seeing how different the pace is compared to the tv show—that’s mainly why I quit after season 5, the pace was too damn slow.

And yet this kind of made me want to continue watching the show?? But if I don’t, I’ll still continue on to volume 2 in this series (I hope sooner rather than later).

Note: I’m an Amazon Affiliate. If you’re interested in buying The Walking Dead, Vol. 1, just click on the image below to go through my link. I’ll make a small commission!