“She was the mayfly, here for a day, then gone. She was the last star, burning bright in a sea of limitless black.” 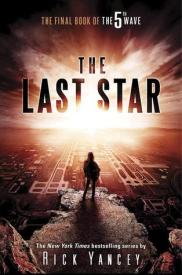 reminded me in some way of the show and also because this series is just completely epic.

So when I finished The Infinitive Sea after being in a book-marathoning haze, I couldn’t believe I had to wait a full year to find out what would happen next.

And now here I am finished with the last book with tears in my eyes because THIS WORLD WAS EVERYTHING.
I was so scared that I wouldn’t love it quite as much as the first two because it’s been so long (and because I quit watching TWD after season 5— I’m still mad about that season), but I needn’t have worried.
I don’t know how, but I forgot how much I loved this series and, thankfully, The Last Star brought it all back. The humor and snarky comments and everything was just right up my ally. I’m still reeling from how good it was.
And you know a book is that good when you don’t even pay attention to how many pages you’ve read. (It also helps that Rick writes short chapters, which are my favorite in big books.) 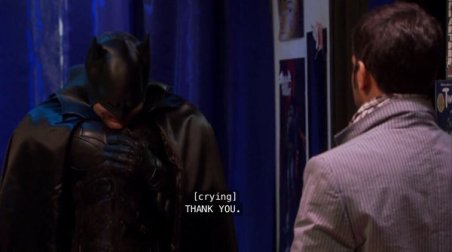 The amount of times I gasped throughout this novel were one too many. Every twist and turn came so unexpectedly and there was just so much happening that putting this book down didn’t even cross my mind. Every time I expected a zig, there was a zag, and I just applaud Rick Yancey.

A quick recap taken from bookseriesrecaps.com—The five strange waves of the attack are as follows:

1st wave – a massive electromagnetic pulse (It happened 10 days after satellites captured the first images of the alien mothership nearing Earth.)
2nd wave – an earthquake, which caused an enormous tsunami (It took out 40% of the Earth’s population, those who lived within 60 miles of a coastline.)
3rd wave – an awful Ebola-like virus made airborne and spread through bird feces (It wiped out 97% of the people who contracted it.)
4th wave – intruders planted long ago in human babies (They awakened when the hosts became teenagers, and these infested humans begin to quietly kill any surviving humans. Humans refer to them as Silencers.)
5th wave – kids taken away from their families and trained as soldiers (They are trained to kill anyone who lights up green, which they think are infested humans but actually are the opposite.)

The first chapter in this book starts out from the point of view of a very creepy priest. I had no idea what to take from that but, as I’ve noticed in this series, everything comes full circle.

“The lights go out, they come back on. The floodwaters roll in, they roll out again. Folks get sick, they get better. Life goes on. That’s true faith, isn’t it?”

We leave creepy priest for a while to focus on my favorite survival group and the discovery that they have four days left till the end of the world.

My mantra throughout this whole journey was that nobody was going to die on my watch. Not Evan not Ben not Sammy or Cassie and certainly not Ringer.

And speaking of Sam, seeing what a toll the war had taken on him just broke me.

“He crawls into the bed opposite Megan’s and stares at the bare wires and the two dusty metal balls hanging from the ceiling. Megan is watching him, pulling Bear tight against her chest, and her mouth hangs open a little, like the air is running out.
He turns his head toward the wall. He doesn’t want Megan to see him cry.
He isn’t a baby. He’s a soldier.”
I’m definitely not crying right now, right?

In the previous books Cassie’s chapters were my favorite ones but, as Ringer put it, she could be timid but impulsive, naïve but serious, sensitive but flippant.
Yet Cassie has this perfectly distinguishable voice with just the right amount of funny, sentimental and, okay, sometimes a bit self-absorbed.

“I have to get this straight. Now. Like, right now.
This being my head.
Four A.M. Jazzed up on too much chocolate (thanks, Grace) and too much Evan Walker. Or not enough Evan Walker. That’s an inside joke, if you can make inside jokes in a private journal. I’ll get to the private parts later. Ha! Another joke. You know you’ve reached a very sad place when the only person who can make you laugh is yourself.”

Her humor and, surprisingly, Ben’s sarcasm were the icing on the cake for this story.

I still can’t believe Cassie told Ben about her old-time crush. She as bold as I’ll never be:

“There is something I’d like to say.”
“I’m listening.”
Looking away. Looking at nothing. Deep breath. Don’t say it, Cass. What’s the point now? There is no point. Maybe that’s something we both need to understand.
“I’ve had a crush on you since the third grade,” I whisper. “I wrote your name in notebooks. I drew hearts around it. I decorated it with flowers. Mostly daisies. I had daydreams and dream-dreams, and nobody knew except my best friend. Who is dead. Like everybody else.”
I had to put down my book for a solid minute because I was laughing so hard. (I still am.)

But on a more serious not, that ending just shattered my reality. It did feel a little rushed, I barely accepted one death when another came around.

And then Cassie entered Vosch’s pod, which at first I didn’t really get why. Until I did— when she reached into her pocket and fished out the capsule. It was unbearably sad because she went through so much during this series and she didn’t get to have her happy ending with Sammy.

“I am entwined with everything, from mayflies to the farthest star. I have no boundaries, I am limitless, and I open to creation like a flower to the rain.
I’m not cold anymore. The arms of the seven billion enfold me.
I rise.”

But at the same time I was so damn proud of her for standing up for herself. It’s just such a bittersweet ending to everything.
And I know that I’ll cherish this series for a very long time, I seriously cannot wait for what Rick Yancey will write next.

Note: I’m an Amazon Affiliate. If you’re interested in buying The Last Star, just click on the image below to go through my link. I’ll make a small commission!

2 thoughts on “Review: The Last Star by Rick Yancey”